Sermon Series: Jonah: The Reluctant Prophet / What To Do When We Don’t Agree 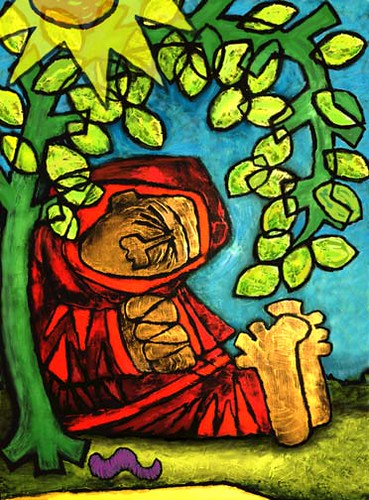 The book of Jonah is a prophetic masterpiece that is often neglected by churches in their teaching. It is a vivid picture of how a faith community that becomes self-obsessed and in-grown fails to embody the life God has called us to and, as a result, we often miss out out on the blessings God has in store for us. You likely know most of the story of Jonah but I am certain that many of you don’t know the whole story. Despite what you may have heard in Sunday School, the story of Jonah is not a fish tale – the point is not the whale in the middle of the story but the plant at the end! There is a lot in the story of Jonah for us to learn.

As we study the book of Jonah we are also going to be looking at conflict resolution. As believers in the one true God, how should we address conflict in families, conflict between individuals, between faith communities and denominations, and between us and God. In the study of conflict resolution the story of Jonah is a moral tale, but it is not a good example. We will return to this theme week after week: Don’t do as Jonah does! Jonah is self-obsessed and disobedient, right to the end of the book. Don’t be like Jonah! In spite of Jonah’s disobedience however, God is gracious and faithful.

Rather than spend sermon time on this, one issue I would like to address in the bulletin is how we came to get this book in our Bibles. Where did it come from? Who wrote it? Is it a historical account of an event that happened or is it a parable that was written to illustrate a point. In short, the answer is: we don’t know for certain.

Nearly everyone agrees that Jonah was a prophet who lived during the reign of Jeroboam II in Israel (782 BC – 753 BC). Jonah is mentioned explicitly by name in 2 Kings 14:25 and the prediction that Jonah made – that Israel would reclaim northern territory from Assyria – was fulfilled in the second half of Jeroboam II’s reign. When it comes to where the book of Jonah comes from there are two schools of thought on the matter: The first is that Jonah is a historical account of a story (which occurred around 760 BC) that was written down shortly after it happened, maybe by Jonah, after a change of heart, or by someone else.

The second school of thought is that a writer who has returned from Babylonian exile in approx 450 BC wrote this book as a historical parable. Jonah, like Judah was disobedient and self-obsessed and was thrown into a whale (exile). After a change a heart Jonah (Judah) was released from captivity and was called to be obedient to the call of God and serve as a witness to the Gentile world of God’s faithful love. Jonah was unwilling, are you?

I have read a half dozen commentaries on Jonah this week and there are solid arguments for both sides of this issue. The truth is that we cannot be 100% sure one way or the other. Aaron and I (Noel) don’t even agree. So as Christians – Bible readers too – what are we supposed to do when we don’t agree?

One of the things we’ll talk about in week two of the series is what to do when you have differences of understanding on religious issues. The first thing you need to do is look at your differences in light of what you already agree on. Here is what we know for sure:

So in light of that, in light of this common ground, what can we do with our differing opinions on the origin of the book of Jonah. The first thing we should look at is, “What does this book say.” We may not agree on who wrote it, or when, but we can agree that we should read it as part of God’s holy and inspired word. This is a great example of how reflecting on what unites us, instead of focusing on what separates us, will often present a new way forward.

We hope you will find our sermon study of Jonah over the next few weeks both instructive, and helpful in your personal life. Remember that if you miss a sermon, you can always download it from our Facebook page and from the Tintern Website as well.