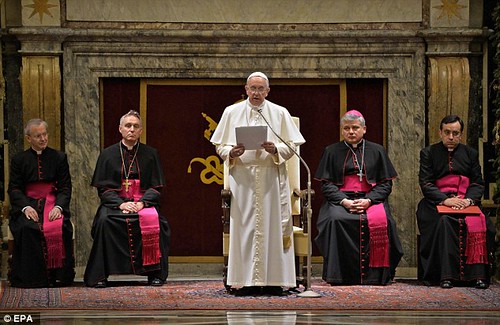 Today, Pope Francis addressed the Vatican in his annual Christmas address for the bishops, cardinals and other staffers who live and work in Vatican City.  Rather than offer up a pithy “Merry Christmas” and how-do-you-do, Pope Francis offered up what we in the preaching biz call an “epic verbal smackdown.” Not an angry rant or a shrieking critique – just a sober and sorrowful listing of 15 institutional sins that the Curia are guilty of. My own reflection leads me to my knees. I am guilty of many of the following. How about you? 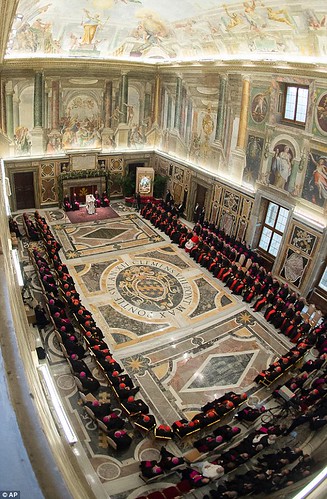 2 thoughts on “(Not So) Merry Christmas From the Pope”